The Gateway ensures the connection and message exchange with the Gateway in another Member State. It uses the SOAP Webservice and the OASIS ebms 3.0 standard for the data exchange over the Internet. Each participant has to set up his own Gateway to participate in the communication. The recommended Gateway product is developed and maintained by the Connecting Europe Facility (CEF). e-CODEX uses SSL (TLS) to communicate between the national Gateways. The communication between Gateway and Connector is performed through a web service interface using the ws-security standard by OASIS.

The Connector resides between the national backend Systems and the national Gateway. It is a web application that communicates with the Gateway, carries out the message routing to the (potentially multiple) backend systems and creates the secure ASiC-S containers for the messages. The optional Connector Client Library can be integrated in the national backend system. It carries out the adaptations to map the national XML content. Mapping is a transformation process at the level of a Member State where data elements from e-CODEX are aligned to data elements from the Member State. The Connector-Standalone-Client targets user that do not want to connect their national infrastructure with e-CODEX or that do not have the respective backend services. The Connector is developed and maintained by the Me-CODEX II Consortium. The connection of the Connector to the national Backend System must be provided for by the MS.

The Member States remain responsible for the authentication of their respective users that use the system. The so-called “Circle of Trust” is a multilateral agreement between the participating countries which is understood as the “mutual recognition between MS of an electronic document within the existing legal framework.” The so-called “Trust-Ok-Token” is generated as a separate document by the Connector of the sending MS and sent together with the document. It confirms that the document was created in adherence with the rules of the sender MS and it confirms its integrity.

The connected Backend System must support the specific e-CODEX use case. It should be able to send and receive the business documents in both XML and PDF format plus optional attachments.

The technical threshold to start with e-CODEX is quite low. For a start you need a virtual (or physical) server environment of your choice with a JAVA compliant application server (e.g. Tomcat, Weblogic, Glassfish) and a relational database installation (e.g. MySQL, ORACLE) to set up the e-CODEX components in your regular IT-infrastructure. However, we highly recommend using one dedicated application server per application (Gateway, Connector, Backend Solution) to avoid cross-references. The Gateway needs to be reached from the internet. Furthermore you will need some certificates to ensure secured and authenticated transactions. 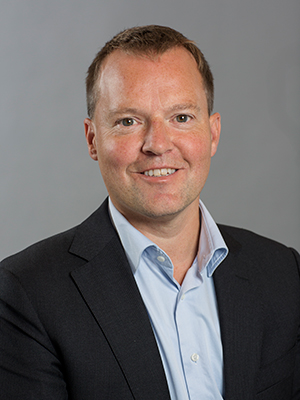 Learn more about technical aspects of e-CODEX
Get in touch with Ernst Steigenga,
Manager Marketing & Communication